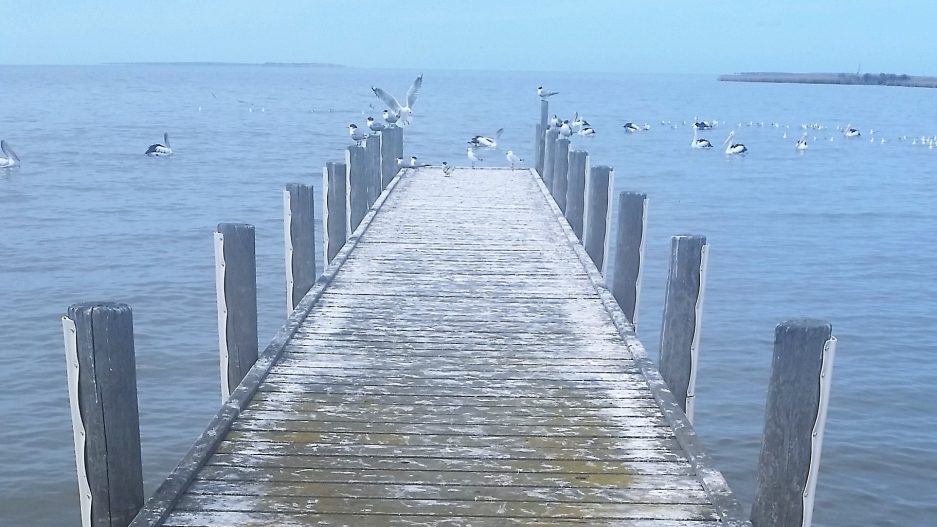 OMG Zo, My drive into work this morning was a disaster.  WTFW is it then when you need to do your makeup in the car on the way, you NEVER get a red light!

My motto this week is, THIS DAY ONLY COMES ROUND ONCE IN A LIFE TIME – SO MAKE IT COUNT.

Btw got out of bed last night for a wee and no Troy – he was out looking for the dog at 2am.  By the time he found him, turns out he’d been to three different neighbours having house visits.

Zoe and Harry have just arrived.  We actually thought we’d have to cancel today and the kids have been devastated all week.  As it turns out though, the weekend that Zoe and Luke had planned to have on a romantic getaway has suspiciously been cancelled and so today was back on as of ten thirty this morning.  The fact we weren’t going to see each other had only been consoled for me by the fact that I was catching up with a dear friend I haven’t seen in over two years. She’s coming to my house about six thirty so we can head the local at Henley Square for a drink (or one hundred) a dance (more like a dance off!!) and a well over due catch up.  Zoe is my BFF, my con-joined twin, my destiny sister, my partner in crime, my gym junkie bitch, my conscience, but Jo is my match on the dance floor.  She moved interstate when her and her partner separated and we’ve been in touch via email ever since, but this is the first time I’ve seen her since the tearful goodbye at the airport.  The split of the JJ’s

When I told Dash at school pick up, Dash Day (Harry’s name for Friday) was back on, she screamed in delight (and scared the crap out of one of the other school mum’s). I’ve got One Tree Hill Merlot breathing, from McLaren Vale (if you haven’t guessed this already – it’s my favourite wine region for my ‘red medicine’) and Margaret River Sweet Chilli cheese that Zoe bought.  She text me during the day to say she had cheese three days past it’s use by date but it would be sacrilegious to bin it before we at least tried it.  I wholeheartedly agreed.  It’s delicious, absolutely nothing wrong with it, just another manufacturer’s propaganda to get us to buy more, spend more!!  One of my many conspiracy theories – anything with a use by date/or best before is attached to a sales pitch to convince buyers to replace based on safety concerns – a guesstimate.  I mean do you watch Gruen Transfer?  I think my cynicism comes from working my whole life in retail – seeing the marketing ploys, the sales pitches, classic sell lines and the product placement ‘tricks’.  The fact that they work on me probably makes me more cynical!  The whole ‘sell don’t tell’, ‘imagine if..’, and ‘features tell, benefits sell’, blah blah blah blah really do my head in and YET, I still am a sucker for the good old fashioned retail therapy session at least once a month – sometimes this backfires if the sales assistant is a be-utch but don’t get me started on customer service.  Speaking of retail however….

“So Lincoln proposed to me last Saturday night”

“Who the hell’s Lincoln and what are you talking about?” Zoe asks as she raises her eyebrow at me

“Zara, the Spanish fashion store that caused that hullaballoo when it entered the Australian Market in Sydney in 2011.  Anyway, he proposed a business arrangement to me”

“He wants me to consult for him on a change management project he’s working on.  He’s trying to convince his CEO to put together a team of his own because and I quote his ‘current team has shit for brains’ unquote”, I say as I relax my finger quotations.

“Well good for you. Have you finally decided what you’re doing for your birthday?” Zoe asks

We get interrupted as the kids rush in the back door, mud all over their faces, shoes, knees and school uniforms.

“For fuck sake Dash – what have you done?”

Standing up I approach the offenders, and push them back out the door (wine still in hand of course).  There, confronting me, is a hole half way dug to fricken China in our lawn with no less than two desert spoons from my posh cutlery drawer and my late Mum’s china salad bowl, having been accomplice to their escape crime.

“Why the fuck why?  I mumble to Zo through clenched teeth

“I feel ya babe” she whispers back

I actually don’t mind the fact they’ve dug a small dam to obviously provide a water supply to the drought stricken Adelaide region and save the Murray, but am quite dismayed at the tools they have commandeered to complete this mammoth dig.

“trying to reunite with your birth parents Dash?”

“Wha”??  she looks at my quizzically until the penny drops then she says “yeah mum, I’m Chinese” as she puts her fingers on the edge of each eye to stretch the skin giving her eyes more slant.  I shake my head in mock reproach, so proud of her resilience against adversity.

“What will Troy say?”

“I don’t think he’ll mind too much”.  We quite like the idea that Dash has an imagination and don’t want to stifle it, and hell, this entertainment has been free, but then again, It’s a fucking big hole.  Secretly I’m quite impressed.

“Luke would have puppies if I’d let Harry do this at home.  He wouldn’t get angry at Harry, he’d take it out on me saying why did you let this happen?”

I roll my eyes at the kids, collect my precious kitchen utensils and salad bowl and follow Zoe inside.

“For fuck sake”, I hear Harry exclaim to Dash.

“Oh My Effing God, Zo, did you hear that?” I correspondingly exclaim

“Seriously Jay, you say that all the time and he’s here as much as he’s anywhere, We’ve tried to tell him to stop but he just says “Auntie Jay says it”.

And with that I hear, “fucking hell Harry I was using that”.  I bury my head in my hands in shame –  I must do better.

I top up our wines and change the subject.

“So Jo’s going to get here at six thirty.  I’ll get changed then – I bought some jeggings today – ‘girls wear’ Target – unapproved at this stage.  So I’ll wear them and my chain boots with my pink leather bomber jacket.  What do you think?”

“Re-wind – what are jeggings?”

“You know, the look alike stretchy denim jeans like you have, that are leggings”.  Sometimes I have to wonder if Zo is a real chick.  The other day she had to ask me what language I was talking when I spoke of my GHD – everyone knows it’s the world’s best hair straightener and nearly as many know it stands for Good Hair Day – seriously true – never a bad hair day when I use that thing.

“Oh them, I call them Pajama Jeans – how much, and is it an approved purchase?”

“I only owe $20 in bed tonight when he finds out, that should be no more than a Lie Back Larry” (sometime I have to pimp myself out to my husband for retail therapy forgiveness…)

“A Lie Back Larry – it’s what we call sex when only one of us feels like it – the other one can just lie back – no effort expected.”

“Well it’s way more than that if you include our years before marriage”.  I can’t help myself, I don’t know why but I feel the need to remind Zoe how long we have actually been together.  TOGETHER.

“Hmm.  Has Deputy been visiting the neighbours lately?”

“No – this week I’ve locked him inside, we got the doggy door installed and he’s taken to it really well, so hopefully that’s the end of that episode with my seriously deluded, separated anxious canine”

“Cheers to that”  Zoe says as we raise our glasses.

“Chink, chink” we chime in unison.

I hop up while I remember and grab my anti-reflux tablet.  Zoe gave me the tip on our last big drinking night to take one prior to a big session and it stopped my usual projectile vomits, while driving the porcelain bus, liquor always gives me after a huge bender.  I know, I know, I sound like an irresponsible teenager.  Don’t judge me, It’s my drug of choice and ….well I can’t justify it right now (I will at the pearly gates), but I am a good person and we all deserve to let go occasionally right?

The doorbell sounds and Dash and Harry have a race to the front door.  It’s Jo and after our rowdy hellos and re-introductions reminding Jo of Zoe and the kids, we all settle down and crack another red and pour three glasses.  Then Troy arrives through the back door, so I grab a fourth glass and drain the bottle.

I leave the three to reminisce, and me and my wine go to get changed, put my face on and use my GHD. When I return to the table Jo calls me a ‘sexy hot chic’ and Troy wolf whistles.  But Zo just looks …. and well I think it’s a smile, but it feels  more like a grimace.

Zoe leaves soon after with Harry and the three of us continue to chat and get a little tipsier.  Troy decides he’d love to come out with us, he’s having so much fun, but considers it’s not fair to Dash – he promised her a D&D night – Dash and Daddy night.  I suggest Zoe wouldn’t mind sitting Dash I’m sure but he looks uncomfortable and drops the subject so we leave shortly after without him.

Later in the night, after numerous vodka and raspberries, uncountable Cowboy shots and Jagerbombs (yuk) and three cosmos during cheap cocktail hour, I spot Jed in the crowd.  I smile and wave and he winks back but we don’t speak.  I text Zoe and get no response.  Jo and I carve it up on the dance floor and put the twenty something skanky hoes to shame.  It’s so cool that ‘cougar’ is in!  I’ve never been hit on so much in my life.  It’s true, forty is the new twenty – not that I’m there yet, but soon.  I don’t mind because my philosophy is ‘if you don’t have a birthday you have a funeral’.  I text Troy “I LOVE YOU”.  It’s not that late, but I get no response.

Correction.  I just checked my watch – it’s two o’clock in the morning.  Note to self – must apologise for sending such late text.

TEXT: Hey Zo I can’t believe it but I’m here at the gym, rocking it out to 2 classes.  I’m on fire.  That tablet is amazing.  WTFW didn’t you tell me about it years ago. BTW I’ve already paid for my Jeggings this morning. J